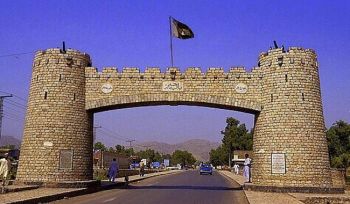 Peshawar is one of the most significant city of Pakistan with a population of about 2 million. The city is also the capital of KPK province. It's a city which has a deep history that goes back thousands of years. It's also known as the city of Men and Crown jewels. For centuries it has been a center of trade between South Asia and Central Asia Historically.

Peshawar had been under the control of many tribes and clans including Gandhara civilizations Durrani tribe. Sikhs and British Empire however now it is the modern city of Pakistan. The city holds many historical sites that are standing up to this day Along with that modern architecture has also taken place. As being one of the major city of Pakistan it attracts people from all over the country Khyber Pass Peshawar Khyber Pass in Peshawar connects (a valley of Peshawar to Landi Kotal near the Afghan Border.

This pass provides integration to the historic Silk Road it holds deep cultural geographical and economic significance for european and Asian trade. Since the beginning it had been a significant trade route between Indian. Subcontinent and central Asia Historic Bab-e-Khyber or Khyber Gate is present at the beginning of Khyber Pass which was constructed back in 1964.

Peshawar Bala Hisar is a fortress in Peshawar that was used as a residential area by Durrani Empire and Sikhs.The Historical fort had been renovated by Sikhs and British this site is also one of the UN's World Heritage sites this had been under control of Pakistani military however the KPK government passed a resolution to open it to the public Since then it became a public attraction in Peshawar.

Peshawar Qissa Khawani Bazar is a marketplace in Peshawar which contains many traditional buildings.This Bazaar holds many outlets that offer many types of products from food to clothing It’s one of the most famous places in Peshawar as far as shopping is considered.

Cunningham Clock tower was built in the year 1900 on the occasion of Diamond Jubilee of Queen Victoria It's also known as,Ghanta Ghar Chowk which is surrounded by the huge market This monument was named after the first British Governor of North West Frontier Province of Pakistan from 1947 to 1948 .This is one of the few historical landmarks in the city of Peshawar.

Design and Develop by Al-Burraq Technologies

This is a small modal.